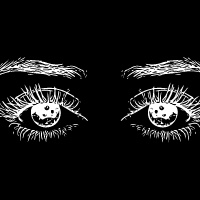 A haunting and poetic examination of misogyny, violence and loss.

Wrestling with the reality that everyone he's ever known was just killed in a shooting at his school, Boy spends his last minutes spinning a story that looks not unlike J.M. Barrie’s Peter Pan. These young women, these mermaids, compete to be heard as their story unfolds. They are the swim team – powerful and sometimes monstrous. And then there’s Wendy. His Wendy. Boy is convinced that she’s the only person who understands him. Until she doesn’t. Part dance, part theatre, Dust plays like a music score that’s been infiltrated by poetry, giving voice to the unspeakable.

Tickets will go on sale in March.

Purchase tickets online via Eventbrite using the yellow "Join Stream" button on the top right side of your screen. Access instructions will be emailed to you immediately after purchase. Ticket sales close one hour before each performance.