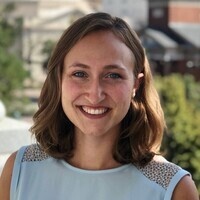 FROM PLU TO POLITICS

Deputy Chief of Staff for the CO Senate Democratic Caucus

Since graduating from PLU in 2015, Nellie has built a career at the intersection of politics and public policy. She has worked on numerous political campaigns at the local, state, and federal level, including helping elect the nation's first latina Senator, Catherine Cortez Masto (D-NV). Nellie currently serves as the Chair of the Board of Directors for Emerge Colorado, an organization that recruits and trains women to run for office. Beyond political strategy, Nellie has worked as a policy and legislative advisor both at the federal level on Capitol Hill and the state level at the Colorado State Capitol in Denver. She has advised lawmakers in a number of issue areas including smart transportation, oil and gas regulation, higher education affordability, marijuana, and renewable energy.  She currently serves as the Deputy Chief of Staff for the CO Senate Democratic Caucus, where she helps support and guide the priorities of the caucus through the legislative process at the State Capitol.