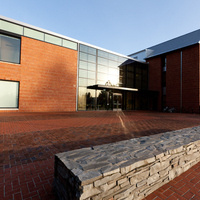 “Health Physics and Medical Physics: What is it? Who does it? Can I do it?

Physics Talk:   Health Physics and Medical Physics: What is it? Who does it? Can I do it? - Presented by:  Tristan Hay PhD

Dr. Hay is the medical program manager for the Washington Department of Health, Office of Radiation Protection Materials section. In his job Dr. Hay oversees all nuclear medicine and material radiation therapy in the state.  Dr. Hay went to Linfield College in McMinnville, OR where he received a BS in physics and a BS in Mathematics in 2005. After college Dr. Hay went on to graduate school at Oregon State University where he earned a MS (2008) in Radiation Health Physics and PhD (2012) in Radiation Health Physics with an emphasis on Medical Physics. After and while completing his doctorate Dr. Hay worked as a research associate at the Pacific Northwest National Lab in Richland WA where he worked on projects related to anything from radiation physics to environmental health. Dr. Hay joined the Department of Health in 2014 and currently resides in Olympia, WA with his wife and two sons.