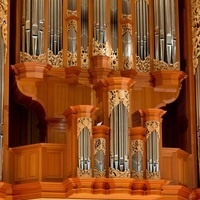 Dr. Terry is professor of organ at the University of Washington, Seattle. Her career as a renowned performer and pedagogue of the organ and harpsichord has taken her to many cities and universities throughout the United States, Europe, and the Far East.