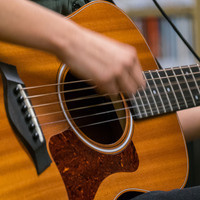 In light of PLU's decision to move to distance learning through to the end of the semester, SOAC has made the difficult decision to cancel all events and performances during this time. Refunds will be issued for those who have already purchased tickets. Events will not be rescheduled at this time. If you have further questions, you may contact us at soac@plu.edu or music@plu.edu or via phone during business hours (Monday-Friday, 8am-4pm) at 253.535.7150 (SOAC line) or 253.535.7602 (Music line).

This amazing three-day classical guitar festival features artists from throughout the Northwest with concerts, classes, Festival Guitar Orchestra and youth and adult competitions with prize money.

Featured concerts will include:

Saturday, March 28 at 8pm in Lagerquist Concert Hall
Iliana Matos, classical guitar
Over the past three decades, Iliana Matos has established herself as one of the world's preeminent classical guitartsts. As part of her world tour "Celebrating 30th Anniversary as a Performer" in 2016, legendary Spanish-Cuban virtuoso Iliana Matos completed a tour of nineteen cities in China, including a concert at the Shenyang International Guitar Festival. North American tours have included concerts in 23 cities, being featured by prestigious universities, guitar societies and festivals. In Mexico, she completed a tour of seven cities, including a concert and masterclass at the International Guitar Festival, organized by the Conservatory National of Mexico. For tickets, please visit: Guest Artist Concert