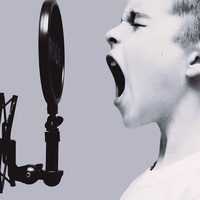 PLU's finest musical theatre performers sing songs from shows in which they would not normally be cast.