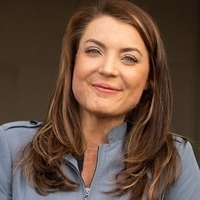 How do you make work safe after surviving a murder attempt?

First Lt. Katie Blanchard '13 was severely burned in the September 2016 incident at the Munson Army Health Center on Fort Leavenworth.

PLU alumnus and active-duty Army officer Katie Blanchard survived a murder attempt in the line of duty. Come hear how you can be a leader who ensures the safety of those around you.

A former civilian hospital employee was sentenced to 20 years in prison for trying to kill Katie by setting her on fire.

The Pacific Northwest Agora is an after-hours professional club that brings remarkable people together for fascinating conversation.

It was great! we had 43 attendees which felt like a really good number for this type of event.