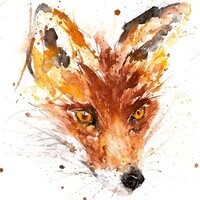 Janáček’s magical score depicts the myriad characters of the natural world in the forest juxtaposed with the foibles of human beings.